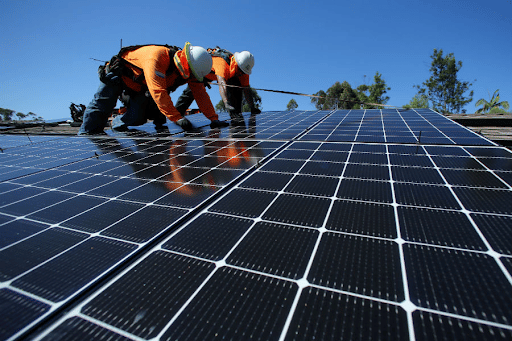 United on issues of climate and energy policy under the Southeast Florida Regional Climate Change Compact, Broward County, Miami-Dade County, and Palm Beach County submitted a joint letter to the Federal Energy Regulatory Commission (FERC) in opposition to a petition filed by the New England Ratepayers Association (NERA) to reduce state control of netmetering policies. The petition claims federal jurisdiction over state-level net-metering policies and requests that the FERC treat net metering as wholesale transactions at a much lower value. The counties join a chorus of diverse voices opposing the petition, including 450 environmental and energy-justice, faith and labor groups from more than 30 states, Utility Commissioners, state regulators, bipartisan elected officials, and energy trade organizations. The public comment period closed June 15, 2020.

Net metering is a state energy policy that allows customers who install rooftop solar to transfer solar power to the energy grid when they don’t use all the power their solar system produces, and get power back when they need it. It compensates customers for any energy supplied back to the grid from their solar system at the retail rate, or the amount they would pay for power consumed from the utility. Currently, 41 states, including Florida, have this policy in place; it has been critical to the growth of distributed solar, as well as a mechanism to involve individuals in the market with the goal of increasing competition and affordability over time. Distributed solar has a multitude of benefits such as reducing pollution by offsetting other types of fossil fuel-based electricity generation, avoiding other costs arising from building additional power plants, creating local jobs and promoting investment in our communities, and—as written about in a previous Compact guidance report on Resilient Energy Systems—supporting community resilience by continuing to provide power during an outage.

While utilities have often made the argument that the policy represents a subsidy from the general ratepayer to those who choose to install distributed solar, a significant body of cost-benefit research conducted by public service commissions, consultants, and research organizations provides substantial evidence that the economic benefits of net metering actually outweigh the costs and impose no significant cost increase for non-solar customers. In fact,  the policy is a net benefit in most cases—for the utility and non-solar ratepayers. Further, the report, Bringing the Benefits of Solar Energy to Low-Income Consumers, asserts that “without [net metering], any other policy or program support for low-income solar will be less effective.”

The call to eliminate retail-rate net metering in favor of federal regulation of net metering at wholesale rates jeopardizes Florida’s most significant state-level policy that supports the development of solar energy, and would upend the financial considerations underpinning many customers’ investments in solar. Rooftop solar owners would experience a significant drop in income, and in some cases, could see their payments from utilities decrease by half or more. It would deliver a crippling blow to Southeast Florida’s efforts to promote residential and commercial solar energy projects and to the finances of many of our constituents relying on retail-rate net metering credits.The Compact will continue to monitor the petition’s progress and fight for policy and regulation that protects against the weakening of existing net metering policies.