Extreme heat is increasingly understood as one of the most serious climate change risks in the Compact region. In Broward County, the average temperature in 2021 was 3.7 degrees Fahrenheit warmer than it was in 1921. Given this increasing risk to communities, Broward has advanced educational initiatives including a workshop over the summer, as well as the development of a heat story map and analysis of heat trends and predictions.

The story map outlines changes in temperature trends and includes a series of “swipe” maps that examine surface temperature against several different socioeconomic factors that generally contribute to increased vulnerability to heat exposure and stress. 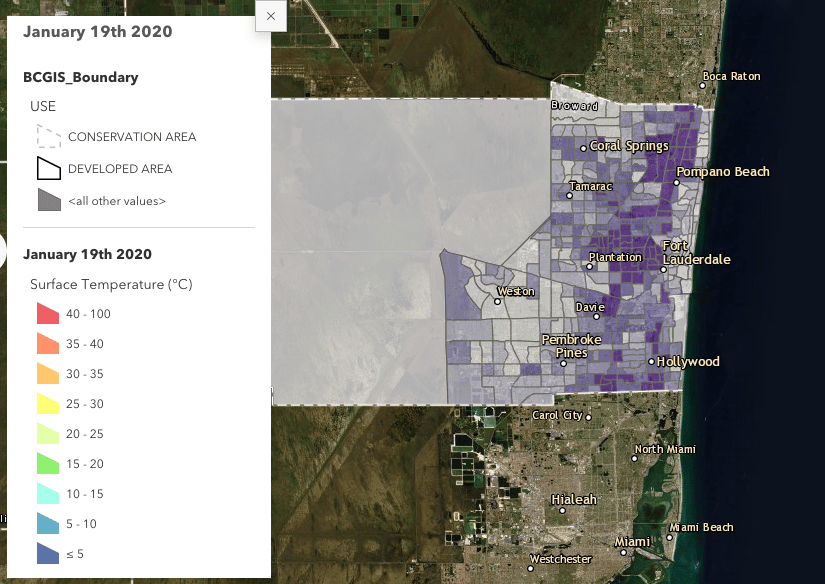 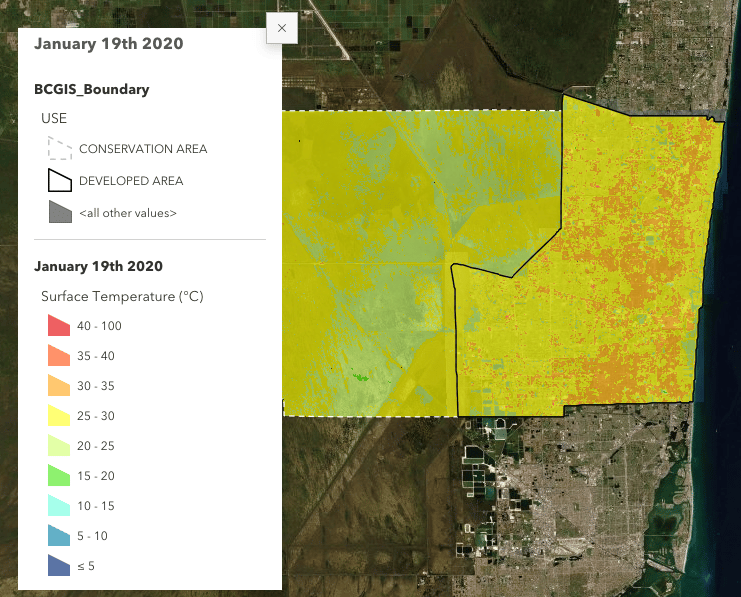 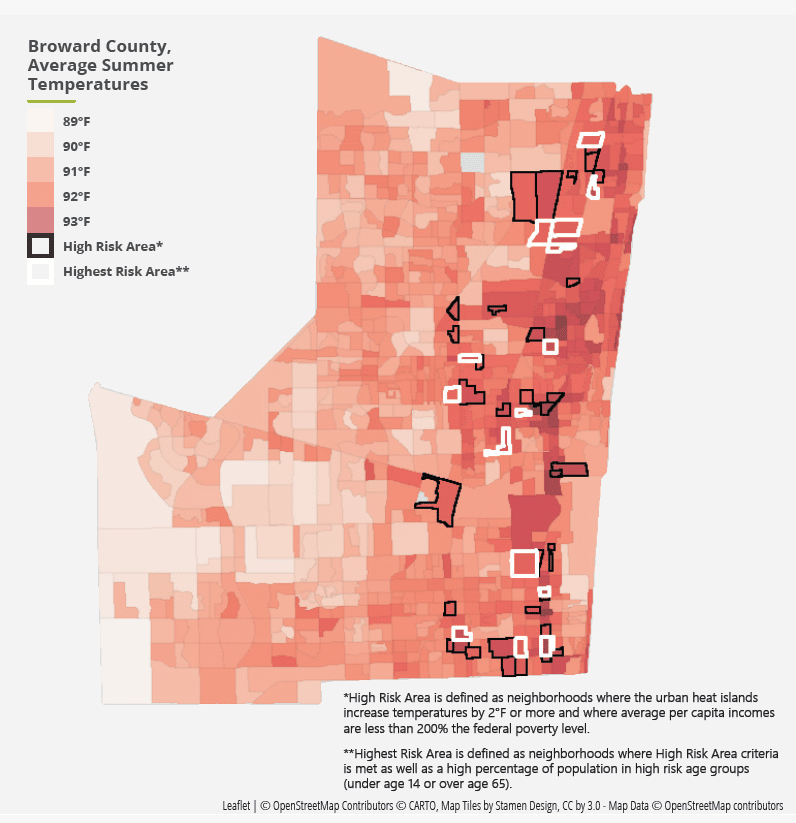 Analysis in Broward County indicates that the areas with the highest average summer temperatures and the communities most vulnerable to these temperatures are concentrated in eastern Broward surrounding major highways such as the I-95 and I-595. The black outlined areas in the map below indicate the communities where there is both an increase of 2 degrees Fahrenheit or more of urban heat island, as well as average per capita incomes less than 200% the federal poverty level. The areas outlined in white (defined as the highest risk areas) meet the above-stated criteria, plus have a high percentage of population younger than 14 and older than 65, age groups where risk is highest for heat stress (map on left).

Broward County’s heat map also outlines the types of heat risk reduction strategies it is advancing – from stronger building codes to green infrastructure to cooling centers. Additionally, Broward is exploring the potential to develop a network of temperature and humidity sensors that would trigger localized alerts upon reaching heat watch and warning advisory thresholds. Such alert systems have been shown to help residents and emergency management teams better respond to extreme heat.