The Southeast Florida Regional Climate Change Compact first produced a regionally unified Sea Level Rise (SLR) projection for Southeast Florida in 2011. It updated the projection in 2015, and is currently undertaking the third update to the projection, scheduled to be released in late 2019. Prior to producing a unified projection for the region, the diversity of local sea level rise projections was a barrier to achieving regionally consistent adaptation strategies and policies, and to effectively influence supportive policies at the state and federal levels.

The SLR projection is a key planning tool produced by the Compact to aid in understanding of vulnerabilities and to provide a basis for adaptation strategies, policies, and infrastructure design in the Southeast Florida region. The projection is reviewed and updated every five years, or sooner, as a result of ongoing advances in scientific knowledge and modeling via the peer-reviewed literature related to global climate

The projection is developed by a sea level rise ad hoc advisory work group invited by the Compact’s Staff Steering Committee, which is change composed of experts within the academic community, as well as local, regional, and federal government.

To support the projection, the Compact develops specific Guidance for Application, which contains directions and specific examples of how the projection can be used by local governments, planners, designers and engineers and developers. The regional projection is offered to ensure that all major infrastructure projects throughout the Southeast Florida region have the same basis for design and construction relative to future sea level.

2019 updates to the Unified Sea Level Rise Projection will be released in late 2019.

This Unified Sea Level Rise projection for Southeast Florida updated in 2015 projects the anticipated range of sea level rise for the region from 1992 to 2100. 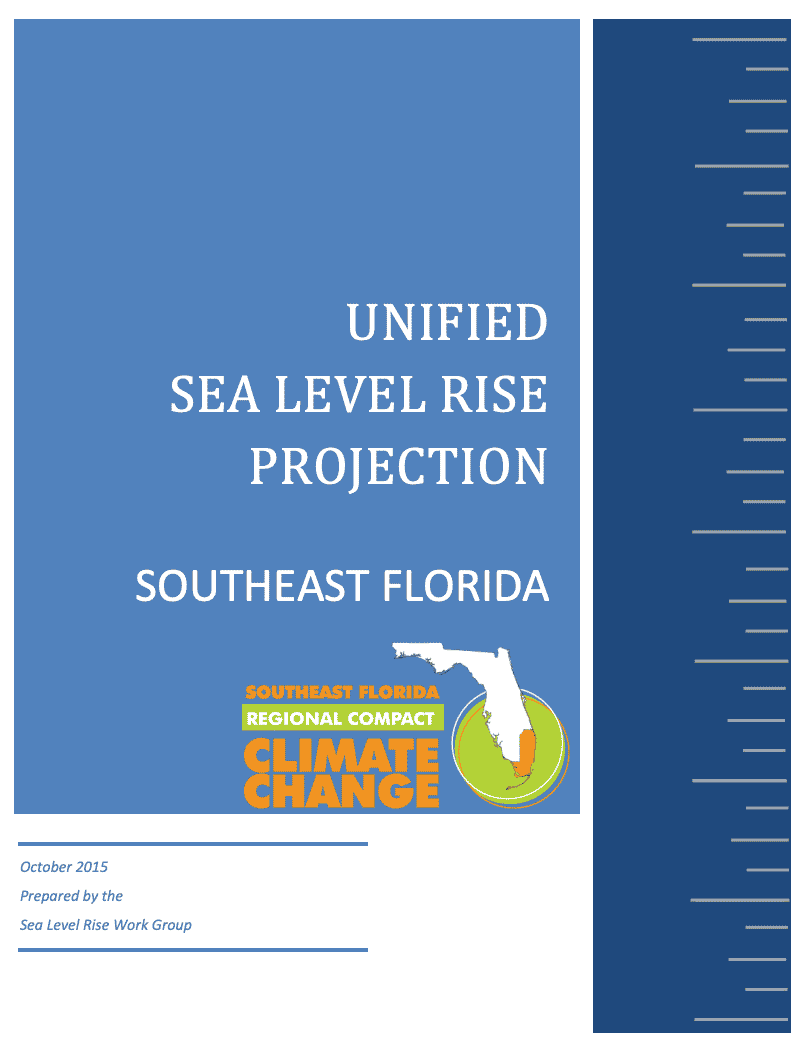 The white paper on sea level rise projections for use in Compact planning as developed by the SLR Technical Ad Hoc Working Group. 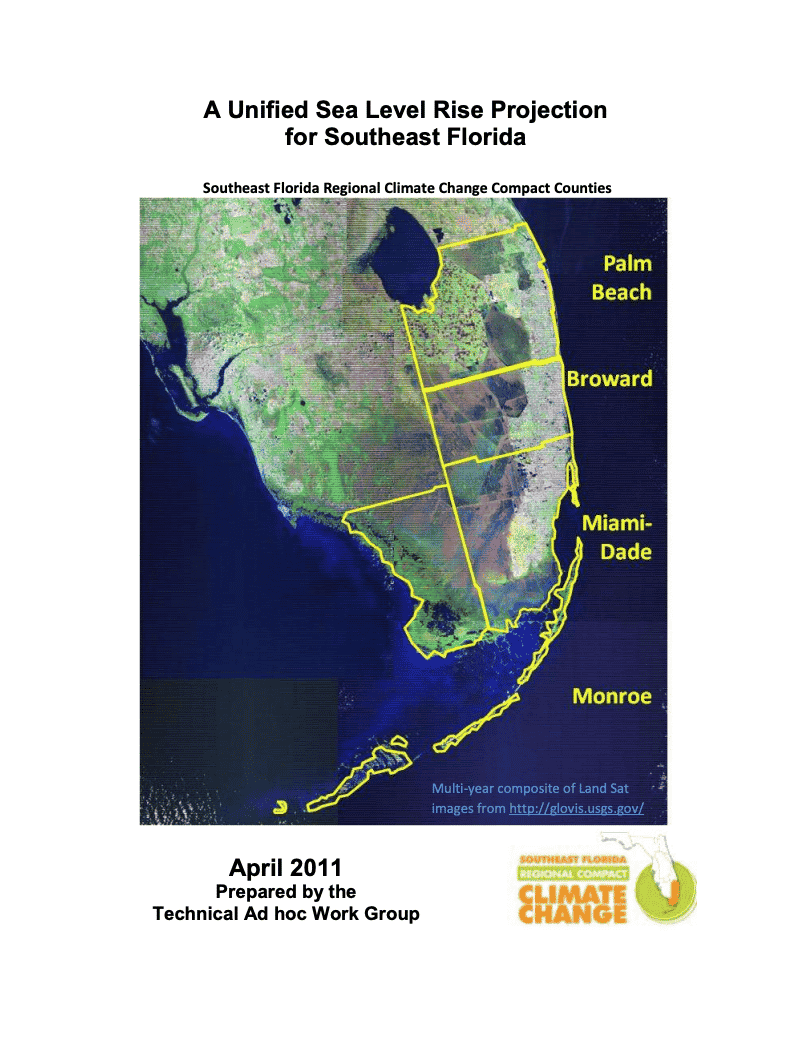 This is a guidance document created by the Southeast Florida Regional Climate Change Compact as an addendum to the Regional Climate Action Plan (RCAP) Workshop #10: “Essential Tools: Integrating the Southeast Florida Sea Level Rise Projections into Community Planning” held on July 14, 2016. It focuses on the increasing number of local governments that are independently planning for sea level rise compliance with state law. 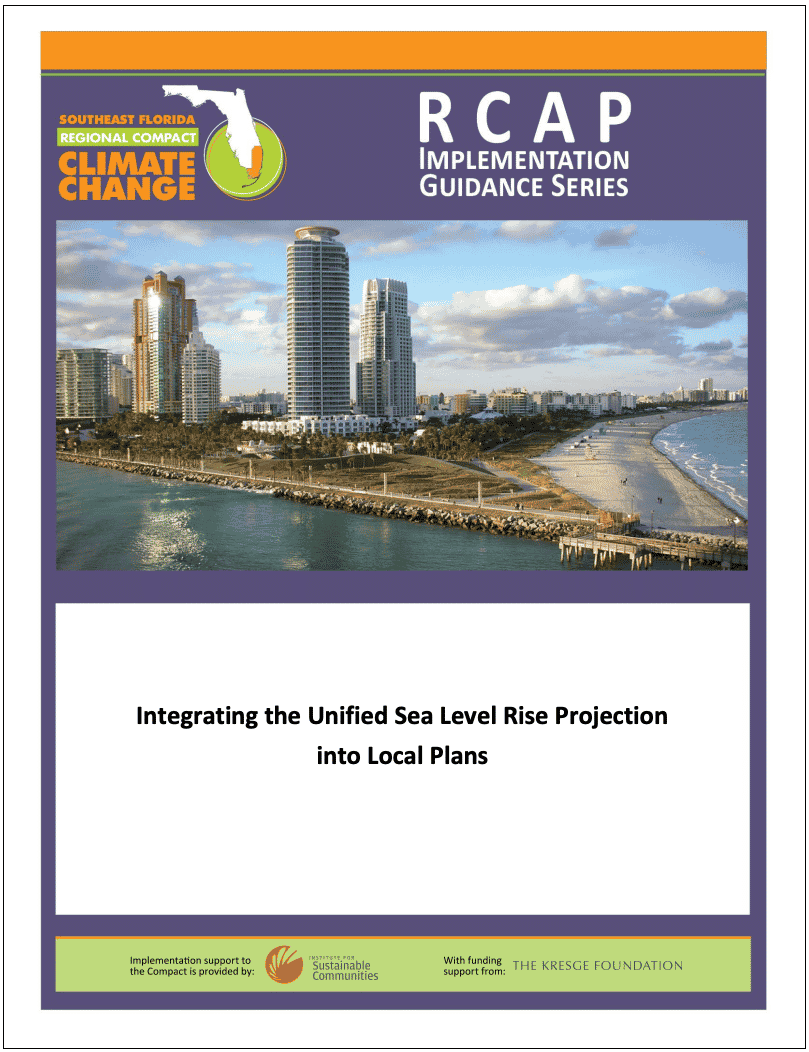